Posted by jaystrapper on 03/14/2011
Posted in: Uncategorized.
The Mamas and the Papas got it right when they sang, “Monday, Monday.”  You just can’t trust Mondays, especially the Monday after we change the clocks.  But, we have sprung ahead, which means that warm weather is around the corner for most places.  Hooray!

If you are still feeling a little blue because it is cold or rainy where you are, I hope these boys in blue cheer you up. 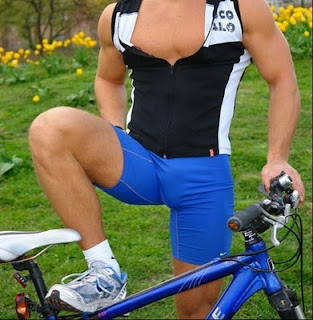 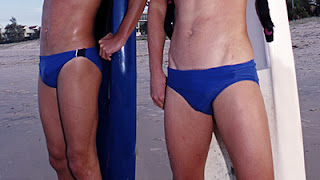 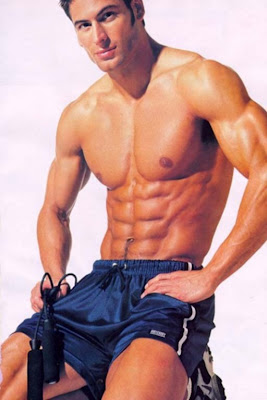 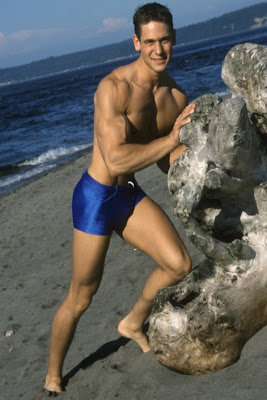 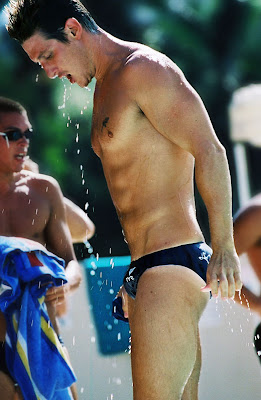 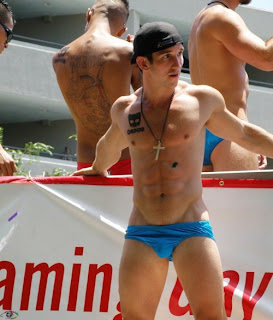 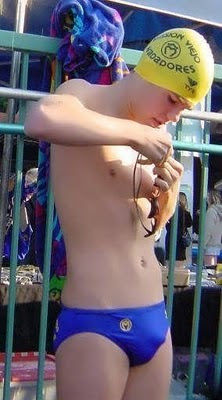 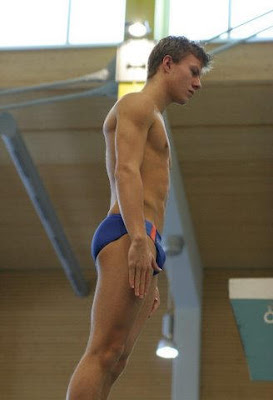 That must have raised your spirits – or at least raised something, right?

Blue sort of makes you think of blue summer skies…Or, maybe blue balls maybe…Mine are this morning…Yikes!  And, it is raining cats and dogs outside so no speedos in the swimming pool yet.

You may be thinking to yourself but this is March, and of course, March is when we celebrate St. Patty’s Day a day devoted to green.  However, did you know the color associated with it was original blue?  Green came later to represent Ireland, the Emerald Isle. Leprechauns even later, although the Irish have a long history of believing in leprechauns and other spirits.

If you’ve never gone down on a red-headed Irishman, I strongly recommend it.  When the carpet matches the curtains, it’s kinda cool.  I dated a guy once who was the stereotypical red headed Irish guy, huge dick (not surprising), and carrot red pubes.  He was wild as wild could be also. 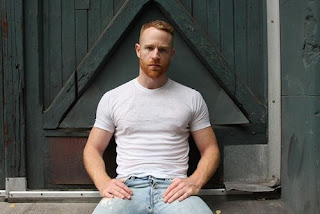 Of course, not all Irish are red heads.  These guys featured below aren’t red heads – hell they may not even be Irish at all – but they are certainly sporting some sexy green attire to mark the St. Patty’s Day festivities. 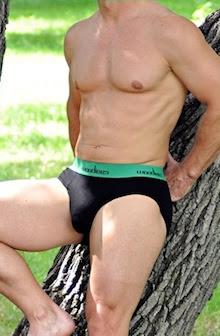 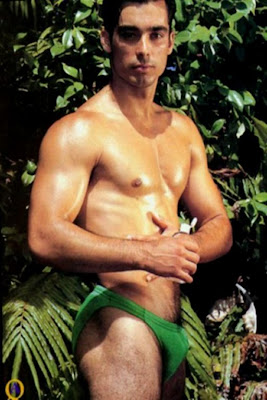 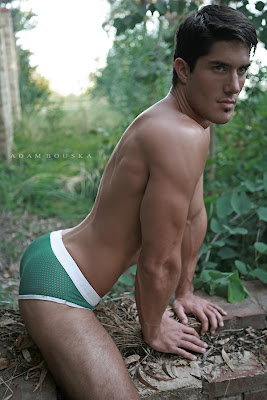 You got any special St. Patty’s Day attire ready or in the works?  If so, let us hear about it or, better yet, show us.